A first-generation immigrant, we moved from the Philippines to Canada and then the United States.

Being a middle-schooler in Canada, getting ready to transition to high school meant looking at different choices. I knew I wanted to go to Archbishop MacDonald High School in Edmonton where I lived because of its prestige and IB program.

Then I learned we will be moving to the U.S., potentially to Chicago where my grandparents are. I then learned of US News and World Report, a popular publisher known for rankings of different things, from best states to live to high school prestige, and I thought it was a good source of information to see where I might be interested to go to in Chicago. At the time, I wanted to go to Whitney Young Magnet High School because it was ranked one of the best in Chicago. It was so surprising and exciting to know that the former first lady Michelle Obama went there.

We ended up in a small city in Texas called Odessa, known for its oil industry because of a nursing assignment for my mom. I learned about a new, up-and-coming high school called Falcon Early College High School at the time, which was promising because they offered free college classes with a local university to give up to 2 years of college coursework by high school graduation. I didn’t realize at this point that school choice was a privilege, and I took advantage of this opportunity when I was there and applied and enrolled there. As much as I struggled with my first college class and getting accustomed to living in a new community, I am thankful that it exists. It’s now called the Odessa Collegiate Academy, and they offer the opportunity for students to graduate high school with an associate’s degree from a local college.

Then, my mom’s next assignment as a travel nurse came to be in Pittsburgh, and wherever she goes, we follow. Learning about this in Texas, I was excited because I missed being in the city, and I did the exact same thing I did when I learned about potentially moving to Chicago in Canada: look up the high schools in Pittsburgh, and choose where I wanted to go. Full disclosure, I wanted to go to Mt. Lebanon High School at the time, knowing they are one of the most high-achieving schools in the area. Moving here, we didn’t know that we were going to be restricted geographically, that the neighborhood or suburb we decided to live in would dictate where I’d be going to school, and it’s unfair to many students who want and deserve a good education but because of where they are born and are living, are forced to go to a certain school. For me, that would have meant going to a large suburban school, which would not have been a good fit for me as City High was.

At the time, I chose City High after doing some research. One of the things that attracted me to it was its location downtown; I love being in the city and going to school in the city where there are so many things to do. It also ranked higher at the time and was also on the US News and World Report list, which was a tool I used when I first moved to the U.S. However, it was not the rankings that prevailed and mattered, it was the fit, and for me, I received a good experience at this school. Only in City High would I have been able to become a leader in many ways because of the tight-knit community that we have. It’s purposefully designed to be this way. Grades are separated by floors so each level is allowed to spend most of their time with each other and foster relationships that way. We also have a looping system so that our teachers remain our teachers for all of 4 years, so we don’t have to start from scratch and introduce ourselves over and over again every year and get to know each other; the teachers know how to make their lessons more engaging and fitted to the needs of us students because they have known us so well for years, and it’s very helpful that we’re not very focused on standardized testing, but are focused on the actual learning. I have been able to realize my potential as a leader, and I currently hold the position of president in our school’s National Honor Society chapter.

City High allowed me to explore my interests because of the many partnerships it has with local organizations and because of its many programs. For one thing, I had been able to have a lead role for our 2019 Spring Musical, which we make in-house, with students having the creative freedom to create scripts and scenes for it. I have been able to learn about Pittsburgh’s natural environment through Pittsburgh Parks Conservancy’s Urban EcoStewards program to introduce students to Pittsburgh’s parks, as well as their Young Naturalists Summer Internship where I had been able to do more park restoration work and learn from local experts while on a school sabbatical. City High’s location also helped me become more connected with my community as a suburban student. I had been able to engage with organizations such as Pittsburghers for Public Transit, a transit-advocacy group, the Sunrise Movement of Pittsburgh, an environmental-focused group, and Port Authority of Allegheny County, the region’s transit provider, where I had the opportunity to propose a redesign for our fare cards.

I also enjoyed the school’s senior model, where we learn to become independent learners, getting us ready for life after high school. Now that I am about to graduate, I am thankful for the City High experience. I have been accepted to 7 colleges, and I plan on going to the Indiana University of Pennsylvania for Regional Planning. I would not have been at this place if it were not for City High.

This conversation about school choice was something I have been in before through my history teacher’s class on public education. I remember learning more deeply about the history of US cities and redlining and thinking about that through the lens of a public-school student. The matter of fact is that the effects of redlining remain prominent today, and its implications in our public education system remain evident. I am a little saddened about this because not everyone has or had the same privilege I had, going to a school of choice. I’m here in support of school choice, because otherwise, where you are born and where you live will determine where you go to school, and your location will indicate your success. Students deserve more, and they should have the right to choose a good and quality education.

I am Isaac Gabriel, a senior at City Charter High School, an urban charter school in Downtown Pittsburgh. Let me walk you through how I ended up here, and where I am going now that I am graduating.

students in the news
City High in the News 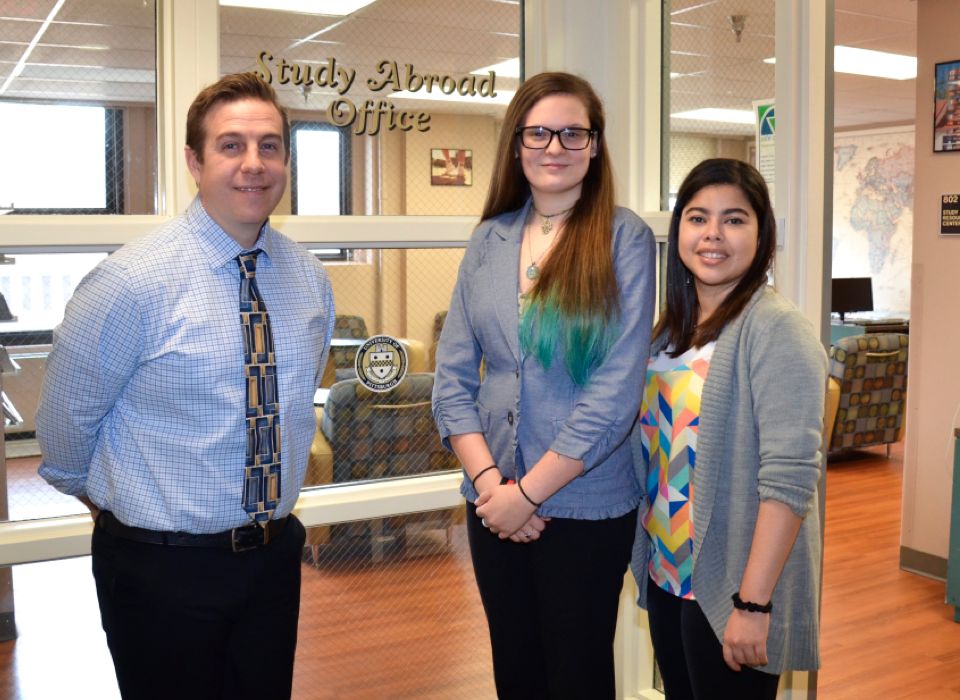 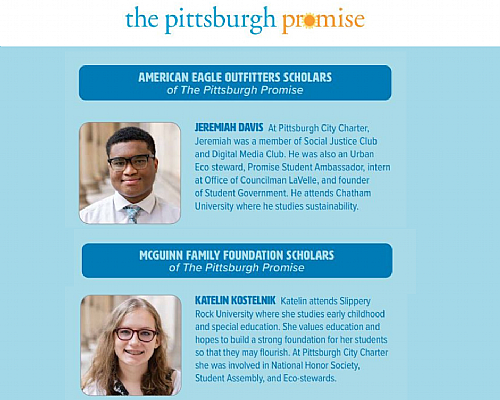